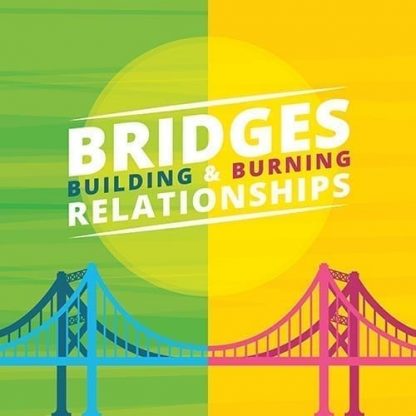 sermons from this Series

Every bridge is designed to span a chasm between 'here' and 'there'. Built to withstand pressure and constructed to endure force, bridges give us passage to an otherwise unreachable destination. In this special Easter message, Ed Young looks at the ultimate bridge. And as we discover how Jesus spanned the greatest chasm, we also see what it takes to move our lives from here to there...forever.
2. The Bridge to Somewhere

The Bridge to Somewhere

How To Forgive And Get Where We'Re Going

Every relationship encounters difficult times. We all face moments of trouble, times of disappointment when we are hurt and bitter. In those moments, there's a choice to be made. In this message, Pastor Ed Young shows us the power of the choice to forgive or not to forgive. And by looking at an in-your-face biblical illustration, we discover the reality that forgiveness is really a bridge to take us to new levels in our relationships.
3. Build a Bridge and Get Over It

Build a Bridge and Get Over It

How To Forgive Even If We Don'T Feel Like It

Forgiveness is one of the crucial aspects of life. We all have a desire for it, and we all have a need for it. We want forgiveness from others, and we ask for forgiveness from God. But what do we do when it’s our turn to forgive? In this message, Pastor Ed Young reveals four powerful, life-altering steps that lead to extending forgiveness to others. Because when someone has done us harm, that’s when it’s time for us to build a bridge and get over it.
4. A Bridge to Nowhere

A Bridge to Nowhere

Every relationship takes us in a direction in life. Some relationships take us to great destinations; others lead us places we don't want to or need to go. The question is, where are your relationships taking you? In this message, Pastor Ed Young gives us some biblical insight into choosing the right kinds of relationships. And we discover what it takes to have the kind of relationships that avoid the bridge to nowhere.
5. Falling Down

How To Strengthen And Maintain Relational Bridges